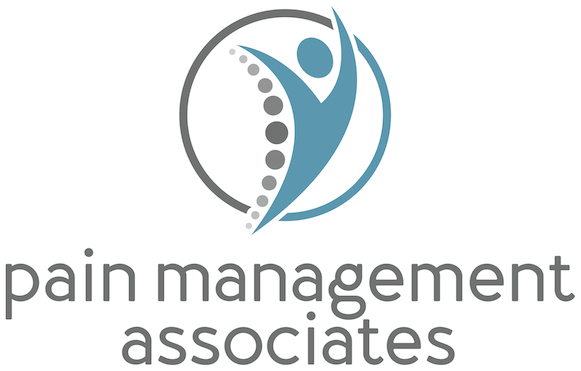 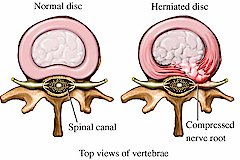 Four out of every five people will experience back or neck pain in their lives, making these conditions the most commonly occurring in medicine. Nearly everyone at some point has back pain that interferes with work, routine daily activities, or recreation. Americans spend at least $50 billion each year on low back pain, the most common cause of job-related disability and a leading contributor to missed work. Back pain is the second most common neurological ailment in the United States, second only to headaches.

Acute back pain generally lasts from a few days to a few weeks. Most acute back pain is the result of an injury to the lower back or a disorder such as arthritis. Acute pain may be caused by a sports injury, everyday tasks, or a sudden jolt such as a car accident. Symptoms may range from muscle ache to shooting pain, limited flexibility or range of motion, or an inability to stand straight.

When back pain occurs repeatedly, it is known as recurrent back pain. Back pain lasting more than three months and that doesn’t improve within three to four weeks of medication, is considered as chronic back pain. More than 50 million Americans suffer from chronic pain.

Chronic pain caused by back or neck problems can seem very complex, since often the severity of the pain is not a true indicator of the severity of the problem. There are nearly 100 different symptoms that can be attributed to problems originating in the spine. Many of these pain symptoms appear in regions of the body far removed from the spine and vertebrae. For example, an obstruction in the lumbar spine area may induce symptoms including intense pain in the arms or difficulty with walking. 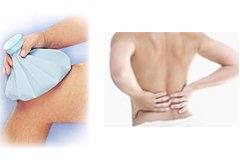 Musculoskeletal disorders are among the most common of human afflictions. They affect all age groups and frequently cause disability, impairments, and handicaps. They consist of a variety of different diseases that cause pain or discomfort in the bones, joints, muscles, or surrounding structures, and they can be acute or chronic, focal, or diffuse. Approximately 33 percent of U.S.adults are affected by musculoskeletal signs or symptoms, including limitation of motion or pain in a joint or extremity. In one study of Detroitresidents who kept track of daily health symptoms in a diary, musculoskeletal symptoms constituted the most frequent category of health symptoms. The prevalence of musculoskeletal disorders generally increases with age, with the majority of persons aged seventy-five and over having some form of musculoskeletal disorder, especially arthritis.

Not only are musculoskeletal disorders highly prevalent, but, because of their association with aging, they are likely to become more prevalent as the population ages throughout the world. All racial groups are affected. While many of these disorders are not devastatingly disabling to affected individuals, their prevalence is so great that more mobility and other limitations are accountable to these disorders than to any other type. While much of the substantial cost of these disorders is due to the medical care and medications and other treatments required by patients, the preponderance of costs is due to work loss, which is a frequent consequence of these disorders. 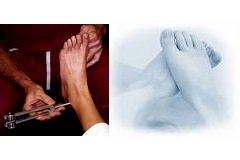 Many diseases and conditions can cause peripheral neuropathy. The damage may occur due to lack of oxygen, malnutrition, compression, cancer, trauma, inflammation, toxins, and medications. Diseases that can damage peripheral nerves include diabetes (type 1 or type 2), alcoholism, aids, lyme disease, rheumatoid arthritis, uremia from chronic kidney failure, autoimmune disorders, hypothyroidism.

Compression commonly occurs when nerves are pinched or trapped somewhere along their course. Examples include carpal tunnel syndrome (nerve in the wrist), sciatica (nerve roots forming the sciatic nerve in the back of the legs as they exit the spine).

Damage to the peripheral nerves often results in sensory (feeling) and motor (strength) symptoms in the arms, legs, hands, and feet. However, it can affect any part of the body. Symptoms vary, depending on which nerves are involved. Symptoms may range from mild to severe and may seem worse at night. Sensations and pain may occur in the upper or lower limbs and move toward the trunk (eg, from the feet to the calves). Symptoms include numbness or reduced sensation, tingling, pain, often a burning or sharp, cutting sensation, sensitivity to touch, muscle twitches, muscle weakness, muscle cramping, difficulty with walking, loss of coordination or balance, and paralysis.

Treatment may include treatment for the underlying illness or exposure, physical therapy, medications, and other therapies are aimed at reducing symptoms such as relaxation training, biofeedback, walking, exercise, yoga, warm baths, massage, acupuncture, and transcutaneous electronic nerve stimulation. 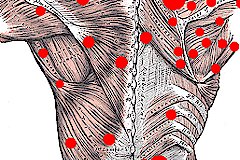 Myofascial pain is a chronic condition that affects the fascia (connective tissue that covers the muscles). Myofascial pain syndrome may involve either a single muscle or a muscle group. In some cases, the area where a person experiences the pain may not be where the myofascial pain generator is located. Experts believe that the actual site of the injury or the strain prompts the development of a trigger point that, in turn, causes pain in other areas. This situation is known as referred pain.

Myofascial pain may develop from a muscle injury or from excessive strain on a particular muscle or muscle group, ligament or tendon. Other causes include:

Myofascial pain symptoms usually involve muscle pain with specific “trigger” or “tender” points. The pain can be made worse with activity or stress. In addition to the local or regional pain associated with myofascial pain syndrome, people with the disorder also can suffer from depression, fatigue and behavioral disturbances.

What has traditionally been attributed to features of normal aging (eg, weakness, loss of function or sensation) has been subsequently recognized in younger patients whose vocations require repetitive motion to complete work-related tasks. Repetitive motion, force, posture, and vibratory influences on the peripheral nerves of the upper extremity are poorly understood but are blamed as contributing factors to the development of neuropathic symptoms.

** Herpes zoster (commonly referred to as “shingles”) and postherpetic neuralgia result from reactivation of the varicella-zoster virus acquired during the primary varicella infection, or chickenpox.

Whereas varicella is generally a disease of childhood, herpes zoster and postherpetic neuralgia become more common with increasing age. Factors that decrease immune function, such as human immunodeficiency virus infection, chemotherapy, malignancies and chronic corticosteroid use, may also increase the risk of developing herpes zoster. Reactivation of latent varicella-zoster virus from dorsal root ganglia is responsible for the classic dermatomal rash and pain that occur with herpes zoster.

Burning pain typically precedes the rash by several days and can persist for several months after the rash resolves. With postherpetic neuralgia, a complication of herpes zoster, pain may persist well after resolution of the rash and can be highly debilitating. Herpes zoster is usually treated with orally administered acyclovir. Other antiviral medications include famciclovir and valacyclovir. The antiviral medications are most effective when started within 72 hours after the onset of the rash. The addition of an orally administered corticosteroid can provide modest benefits in reducing the pain of herpes zoster and the incidence of postherpetic neuralgia. Ocular involvement in herpes zoster can lead to rare but serious complications and generally merits referral to an ophthalmologist.

Patients with postherpetic neuralgia may require narcotics for adequate pain control. Tricyclic antidepressants or anticonvulsants, often given in low dosages, may help to control neuropathic pain. Capsaicin, lidocaine patches and nerve blocks can also be used in selected patients.

Complex regional pain syndrome (CRPS) refers to a chronic condition affecting the nerves and blood vessels of one or more extremities. It is distinguished by extremely unpleasant burning sensations, swelling, sweating, color changes, and other distressing symptoms.

There are two types of CRPS:

The cause of CRPS is not known. The condition likely results from several factors. It may involve overactivity of the sympathetic nervous system, which directs automatic body functions that a person cannot willfully control. Inflammation also may play a role in the disorder.

Tests may include x-ray to check for signs of fracture and evidence of bone loss, bone scan a special imaging test to check for early changes in bones, thermogram to measure heat radiating from the body, which may be diminished in CRPS extremity, quantitative sudomotor axon reflex test (QSART) a test which can quantify abnormality of the autonomic nervous system, such as sweating.

Treatment aims to relieve pain and improve function. Visit the doctor as soon as possible. Early therapy may lead to better outcomes. Treatment may include biofeedback, acupuncture, physical therapy, active and passive exercises help maintain function. exercising in a warm pool may feel better than exercising on land, transcutaneous nerve stimulation (TENS), a device worn on the skin surface creates a tingling sensation and may relieve pain in some cases, medication, anti-anxietymedications, low-dose antidepressants, and drugs used to treat epilepsy may be effective, pain medications, such as narcotics, may be required to controlsevere pain, sometimes doctors will order other drugs to control symptoms, sympathetic nerve block, the injection of drugs that prevent the transmission of signals along sympathetic nerves may temporarily relieve pain in some cases, sympathectomy, if the nerve block is successful, a surgeon can permanently destroy sympathetic nerves. in some cases, surgery can worsen symptoms, psychological support, long-term pain often leads to depression or anxiety. counseling is often required to help patients deal with chronic pain and loss of function.